5 Powerful Reasons To Add Twitter To Your Social Selling Process

B2B companies are slowly starting to understand the value of adding social media into their sales process. There are many self-proclaimed “social selling” experts telling you what you should and shouldn’t be doing. It’s surprising how many of these people are not valuable and not visible on the channels they are claiming you should be on.

In the video below, Gabe Villamizar and Jack Kosakowski dive into their stories and the value that Twitter has brought to their careers and numbers. Gabe and Jack are true practitioners in the social selling space; they are living and breathing the process on a daily basis. They have dedicated their careers to testing, proving, and educating sales professionals at all levels from an ROI perspective.

Jack, for example, generated over $1,000,000 in revenue over a two-year period as a B2B Regional Sales Manager at his previous company. He attributes Twitter to having an impact on at least 40% of the revenue.

Gabe helped generate over $10,000,000 in pipeline after only seven months of implementing his social selling program at Hirevue. He currently trains over 50 sales reps to use social selling and the process behind it. Gabe dives into his story and the role Twitter played.

Watch two master social sellers as they share their tips and stories.

Jack Kosakowski is Global Head Of B2B Social Sales Strategy at Creation Agency. Marketing automation technology, email, social media, and social sales consume his world on a daily basis. He lives by one motto and that is: “The more I learn… The more my customers and future customers earn.” Follow him on Twitter. 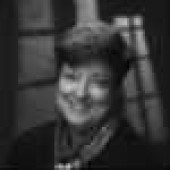 Alyson has written millions of words in a variety of corporate roles, mostly for startups. She is a contributor to the blog at The Conversion Company.

How To Weave Authenticity Into Your Social Media Marketing

Why Your Employees Are Your Company’s Best Advocates

Does Google+ Still Have Relevance and Business Value?