How To Get Better Results from your LinkedIn Groups

Jeff Simmons joins us to discuss the do’s and don’ts for salespeople and marketers who want to use LinkedIn Groups effectively. He’s a master when it comes to building sales funnels, and his B2B Sales Funnel Library is a valuable resource for any B2B marketer intent on generating leads.

I asked Jeff to share his secrets with us about how to make the most of LinkedIn Groups, especially after LinkedIn made changes to groups earlier this year.

I can’t remember exactly when I first stumbled across LinkedIn groups, though it was probably six or seven years ago.

I started out like most people do, by joining and checking out a few groups, and immediately found the posts and discussions interesting.

One of the groups I joined happened to be The B2B Social Media group. Not long afterwards, the group owner posted she was looking for someone else to take over the group.

So, I volunteered—I’m pretty sure I was the only one out of 12,000 members who did—and that’s how I became a group owner. I just fell into it.

With all the recent changes to LinkedIn groups, do you think they are still as effective as they were just one or two years ago? What are the impactful changes?

By and large, I think participation in LinkedIn groups has declined across the board.

LinkedIn has made a long list of changes to groups that have contributed to the decline, but I think the top two are:

I believe those daily emails were responsible for the majority of click-throughs to groups.

Members must make a conscious effort to visit a group, and most people are just too busy.

2. Since LinkedIn opened Pulse for anyone to publish long-form posts, many use Pulse instead of groups.

Interestingly, I’ve seen articles on Pulse that have generated a ton of comments and discussion. But, when the author shared that very same article in a LinkedIn group, it attracted nothing but crickets.

By nature, people are going to go where they get the most love and interaction, so that’s why Pulse is the shiny object at the moment.

That could change at any time. Pulse is unmoderated, and many users are complaining that their LinkedIn feed looks more like Facebook.

It can be overwhelming to figure out what to do first when a salesperson or marketer decides to use LinkedIn groups. How would you recommend they get started?

First, find the groups that your target audience is in. LinkedIn makes that fairly easy. Then, join those groups.

See what issues group members are talking about, what problems they have, what challenges they are dealing with.

Sometimes the discussions can be quite revealing about what people like and dislike about certain technologies, products or companies.

If your target audience is talking about your product category, your competitors—or even your company itself—wouldn’t you want to know what they’re saying?

You can learn a lot just by being a fly on the wall.

What advice would you give to someone who thinks they’d like to start their own LinkedIn group to attract and engage with prospects? Is there still room in the LinkedIn community for additional groups?


I definitely think it’s doable, because there’s just no replacement for an intelligent, interactive group of people with common interests..

But, it needs to be focused on a tight market niche or group of people that’s currently underserved or unfulfilled.

A lot of LinkedIn groups look too similar these days; there’s nothing unique about them.

I mean, do we really need another social media group?

Marketing 101: You need to have a unique selling proposition that no other group can match.


I do think LinkedIn has contributed to the problem by encouraging people to join as many groups as possible.

I can’t even begin to imagine trying to participate in that many groups. That would be a full-time job all by itself.

To me, it makes more sense to consolidate groups and have far fewer of them. Then you wouldn’t need to join more than a handful of groups in order to keep up with what’s going on in your industry or profession.

You just released a mini sales funnel for LinkedIn groups. Can you tell us more about that funnel?

Yes, I think one of the biggest problems is that salespeople and marketers haven’t been trained on the best ways to participate and take advantage of groups.

Most of us are learning on-the-fly, so you see people doing some pretty crazy stuff.

And for the most part, all the advice you hear from the social media gurus about groups is pretty much the same:

But, it’s far more nuanced than that, which is why I’m publishing some easy-to-follow blueprints and implementation guides.

I just published the first one for groups.  It’s called The “Social Proof” Funnel for LinkedIn Groups.

It shows a simple way to tap into the power of social proof, instead of making shameless plugs, like most people are inclined to do.


I think there’s a fine line between sales and marketing these days, and it’s becoming more and more blurred. And, I expect that trend to continue.

The truth is, if you’re responsible for generating new leads and new business, it doesn’t matter what your title is, you’ve got a job to do.

There are plenty of different ways to generate leads, but it all depends on the creativity and skill sets of each individual.

How do you track your efforts in LinkedIn groups since LinkedIn is a bit stingy with releasing their metrics? Is it important to track any specific activities?


I don’t track any of my activities on LinkedIn because I do not see the value. However, there are some important metrics that salespeople and marketers should track, which are directly related to revenue, such as first-time meetings with qualified prospects which come from LinkedIn.

Give us your top LinkedIn group tips.


One of the biggest and most under-utilized opportunities I see is to simply ask thoughtful, strategic, high-gain marketing questions.

For example, if you were selling a video conference solution, the tendency for most people is to launch into a pitch and say, “We’re the best!”

That hardly ever works. Instead, try asking questions like:

What do you like best about your current video conference platform?

If you could change one thing, what would it be?

What’s the number one feature that you look for?


People love to give their opinions on the products they use, so the feedback you can get is amazing—and chock full of actionable insights.

What advice would you give to someone managing a LinkedIn group in the current environment?


First off, I’m a terrible group manager, so you should take my advice with a grain of salt.

That said, I would suggest doing something that makes your group unique…  providing some sort of value that members can’t get anywhere else.

Again, it’s a Marketing 101 thing, and the rules of marketing haven’t changed.

Like anything else in business or in life, it takes a lot of time, effort and hard work to make a group successful. If you don’t have the time to do it, get some help. You can never have too much help.

Finally, you can always find successful groups and model some of the things they do.

There are some absolutely amazing LinkedIn groups and group owners whom you can learn from, all for free.

Where can readers learn more about you, your work and your sales funnels?


For some crazy reason, I recently started building an online library of the top B2B sales funnels for lead generation, sales conversion and customer success.

Each funnel includes blueprints, case studies and action guides, like the “Social Proof” Funnel for LinkedIn Groups that I mentioned above.

As far as I know, it’s the only place where you can find sales funnels specifically designed for B2B sales and marketing.

Now that may be a good thing or a bad thing, I’m not sure. 🙂

Anyway, you can check out the library here.

New funnels are being added to the library almost every week, so pretty soon, there will be dozens of funnels to choose from.

If you like what you see, you can join the library and receive updates automatically whenever new funnels are published.

Jeff Simmons is the publisher of the new (free!) Sales Funnel Library. The collection includes blueprints for each funnel plus step-by-step implementation guides. New sales funnels are added each week. Follow him @B2BJeff on Twitter and connect on LinkedIn. 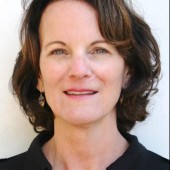 We’re Connected on LinkedIn. Now What?

The Right Way to Use Gated Content on LinkedIn